What’s going on with men, masculinity and mental health? 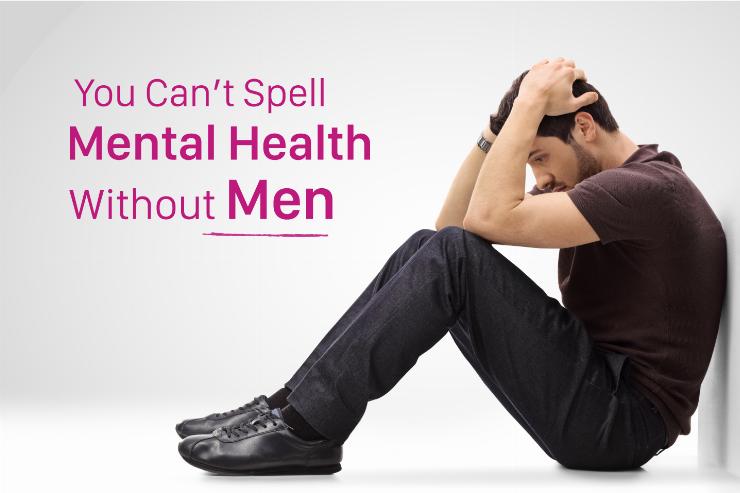 The stigma around mental health in men is frustratingly persistent. While society is coming to view mental health problems more sympathetically, it’s still far harder for men to admit to a mental illness than to a physical one. That word “admit” is telling. When was the last time you had to “admit” to a headache?

We think of “admitting” guilt and “admitting” weakness, but not “admitting” illness. And yet feelings of guilt and weakness are still associated with mental health issues, and those associations are felt particularly intensely among males.

Today, male suicide accounts for around three-quarters of all suicides in the UK. According to the Office for National Statistics, suicide is the biggest cause of death for men under 35.

What’s more, 12.5% of men in the UK currently suffer from a mental health disorder.

And yet, despite this seeming epidemic, men remain far less likely to seek help through psychological therapies than women. Only 36% of referrals to IAPT (Increasing Access to Psychological Therapies) services like Therapy for You are men.

Other issues like toxic masculinity, sexual harassment and male violence in the press, in our culture and on our streets seem to be achieving a critical mass, contributing to a modern-day crisis in masculinity.

It seems we’re experiencing a painful phase in our development, despite things moving in the right general direction. We can only hope that what we’re observing are the growing pains of a society learning to alter its attitudes. But to understand present-day attitudes towards men’s mental health in the UK today, it’s helpful to understand a little about the past.

Before 20th century psychiatry brought a more enlightened view of mental health, it was barely even acknowledged that men could suffer mental illness at all. The condition of “hysteria” was thought to be exclusively a female problem – the word “hysteria” having its roots in the Greek word for “uterus”. In fact, mental disturbance was so very wrongly thought to have its origins in the womb.

The world wars produced generations of young men suffering from “shell-shock” or post-traumatic stress disorder as we now know it. At the same time, Sigmund Freud and his followers were making strides in understanding the workings of the psyche. The scientific and medical communities at least began to cultivate a knowledge and acceptance of mental health issues among men.

Our culture, however has traditionally been unsympathetic, especially towards high profile men that may have struggled with their mental health. Their issues have often been either suppressed or subjected to ridicule. As recently as 2003 The Sun newspaper ran a front-page banner headline about Frank Bruno that read “BONKERS BRUNO LOCKED UP” above a story describing the former champion boxer as a “nut.” The headline drew outrage, and quite rightly so.

The Sun issued an apology and altered the headline and content in a later edition. While the incident prompted a sea change in what was considered acceptable reporting on mental illness among the tabloid press, the legacy of these kinds of attitudes sadly lives on. And where we see male mental health so poorly represented in the public domain, it makes sufferers reluctant to discuss their problems openly.

Despite our less than illustrious track record in dealing with male mental health, and the shocking statistics of today’s state of affairs, we can glean hope from indications that attitudes in our culture and society in the UK seem to be moving in the right direction.

Just as bad examples of press treatment of mental illness have damaged progress in the past, good examples where high-profile individuals speak openly about their issues can provide support and inspiration to fellow sufferers. When rapper Stormzy spoke candidly about his struggle with depression, it seemed to mark a breakthrough in the way that masculinity and men’s mental health issues are portrayed, received and accepted by our press and our culture.

But for progress to continue to be made in the future attitudes must continue to develop at all levels of society. While we might feel powerless to influence attitudes at the level of the press or culture in general, we can address our own feelings about male mental health. We can be brave about sharing our own struggles, and we can look out for the males in our lives that may be struggling. We can show them that their mental health struggles will never diminish our view of them.

Do you know someone that hasn’t been acting themselves lately? Or maybe they just haven’t been in touch for a while? Take the opportunity to reach out to them. Start a conversation and let them know you’re around for a chat of they need it. And if you’re the one suffering, and speaking to friends if difficult or it’s not helping right now, you can get in touch with Therapy For You.

To find out more about the mental health issues that can affect men, contact us on 01268 739 128 to book a telephone appointment with one of our qualified therapists.

If you are at a very low point and need immediate help, visit our crisis page or contact your GP for an emergency appointment.